“The founder of Notre Dame Fr. Edward Sorin hoped the University would be ‘a powerful means for good.’ The former players initiating this medical study believe they are acting in this spirit of their University, with its commitment to the welfare of its students and its long tradition of leadership in college sports.”

A Research Project of Boston
University School of Medicine
Learn more about this study
(click on the links below)
“This study begins with the hope of joining together to find some potential answers. If research indicates some cause for concern, then the need for exploration of a number of ideas and issues will arise and those issues will have to be better addressed in the future by everyone involved.”

Why Do This Study 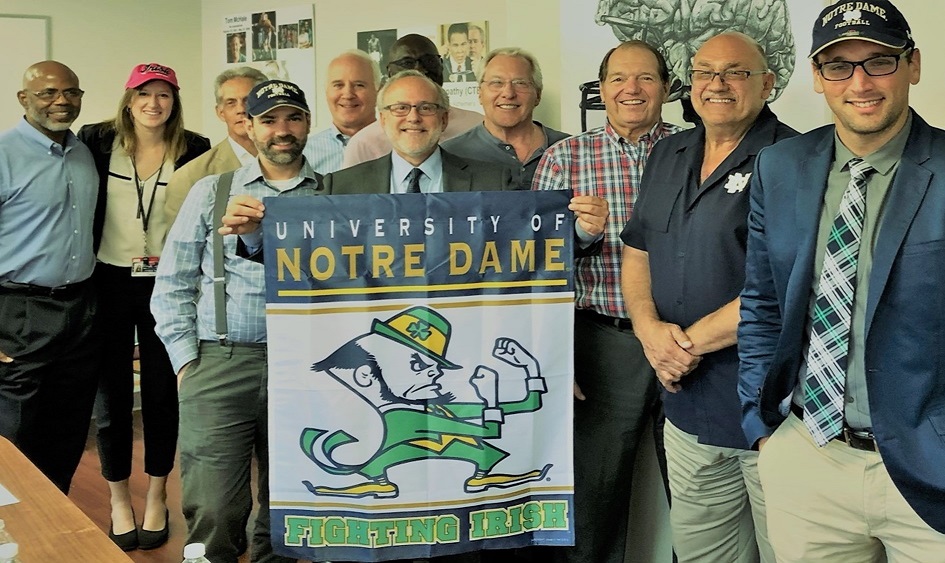